TravelNews All News
In northwestern China's Xinjiang Uygur Autonomous Region, a golden sea of rapeseed flowers is seen with a backdrop of mountains. 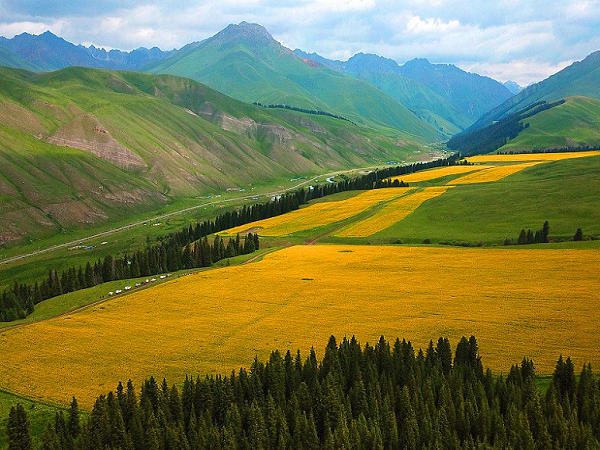 Rapeseed is one of the earliest plants to be widely cultivated by humanity as early as 10,000 years ago. The Indians grew it as early as 4,000 BC, and it spread to China and Japan 2,000 years ago.
In China, rapeseed is widely planted as an oil crops. Every year from February to July, people can enjoy the speck of color it adds to the country's landscapes, blooming at different times because of different climatic zones in the vast country.