18 / 161
CMCO Extended: Hari Raya to be celebrated in new atmosphere 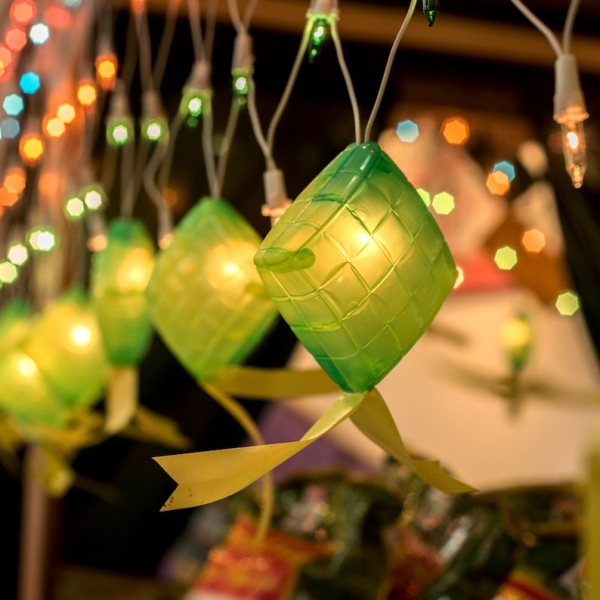 
The order by the government, enforced since March 18, was to break the chain of the COVID-19 infection in the country.

It not only changed the people’s daily lives,  but for the first time in history, the norms of the Hari Raya celebration are going to change 360 degrees, with the absence of the “balik kampung” exodus and the open houses.

The announcement by Prime Minister Tan Sri Muhyiddin Yassin yesterday that the CMCO is extended for another four weeks until June 9 also means that interstate movement to “balik kampung” for the Hari Raya celebration is not allowed.

Prior to this, the government announced placing the country under CMCO, from May 4 to 13, to enable some of the economic and social sectors to be back in operation.

For some, especially those with parents staying in other states, this Aidilfitri celebration may be a sad one as they cannot kiss their parents’ hands to seek forgiveness, which is the norm for Muslims on the morning of Hari Raya, and to feast themselves with the various spread of food normally prepared on Hari Raya, with interstate travel not allowed.

As said by the prime minister, the feeling of sadness and despair of not being able to return home for the upcoming festive season is perfectly understandable, but in the interest of the public safety and health, “balik kampung” inter-state travel will not be allowed because COVID-19 is a silent enemy that can attack any time.

Sharing his sadness over what would likely be a Hari Raya away from home for many, Muhyiddin requested television and radio stations to liven up the festive atmosphere by playing cheerful and upbeat Aidilfitiri numbers.

The ‘new atmosphere’ does not mean Muslims in the country would not be able to celebrate Aidilfitri, in a cheerful and lively manner, as visits among neighbours and relatives within the same state will still be allowed.

As usual in his address since the COVID-19 outbreak, the Prime Minister  reminded the people of the Health Ministry’s advice to stay away from crowds and confined spaces, as well as to maintain safe distancing when in conversation with guests.

The government is indeed committed to contain the spread of the COVID-19 infection, where based on a study conducted by a Singapore-based research agency, Malaysia is ranked fourth out of 105 countries in terms of people’s satisfaction with the government’s efforts in addressing the pandemic.

Perhaps there will also be a ray of hope for Muslims to hold Friday prayers, tarawih and the obligatory five time a day prayers, as well as the Aidilfitri prayer, at mosques following Muhyiddin’s request for the people to give the Islamic authorities time to refine the SOP for congregation prayers.

What is certain, after the SOP is finalised, it will be presented to the Yang di-Pertuan Agong Sultan Al-Abdullah Al-Mustafa Ri’ayatuddin Billah Shah and the Malay Rulers. as the religious head in their respective states, for consent before the matter can be announced by the government.

On the issue of the Bantuan Prihatin Nasional (BPN),  Muhyiddin announced that the appeal period has been extended until May 31. This followed complaints of applications being rejected for unreasonable reasons.

Today is the 55th day of the MCO and the eighth day of CMCO. The pandemic curve is getting flatter, there is more green areas and the number of COVID-19 recovery cases is also encouraging.

Today is also the 18th day of fasting for the Muslims and certainly more people are going out for their Hari Raya shopping.

However, they are reminded that the war against COVID-19 is not over yet. One new cluster after another have surfaced, which included the cluster involving a shopping mall in Cheras here, the Pedas cluster and one involving a construction site in Shah Alam.

As long as the people comply with the SOP set by the Ministry of Health and practice the new normal in their daily lives, the chain of the COVID-19 infection can be broken.